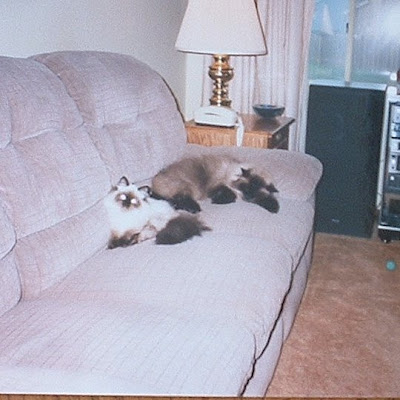 The little cutie is our sister-who-came-before-us, Cerise. She is about five months old here. And laying next to her is Cydney, a HUGE Himmie that was her cousin but they called Uncle Cyd. He was the kitty of Mom's sister. 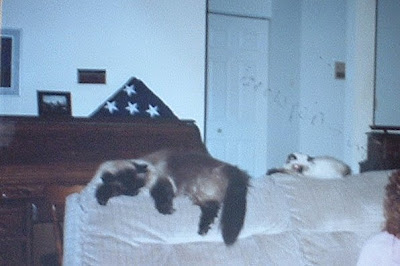 See how big Uncle Cyd was? He is the reason Mom got Cerise.

Angel is still with us and we are loving every minute of it. Laila has even stopped the hissing at him. Mom also had to finally take his Harley Davidson collar off because I, Minchie, kept trying to chew it off and one day I had him pinned to the ground tying my best to get it and there was a bit of a issue so since it's off, there is peace and quiet again. I just wanted to be a Harley Davidson Mancat too! 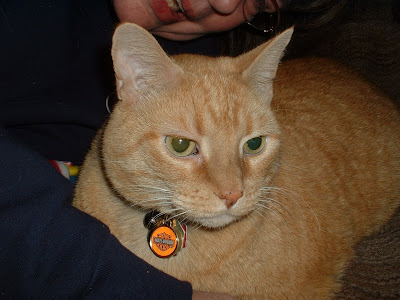 Posted by Laila and Angel Minchie at 10:35 PM