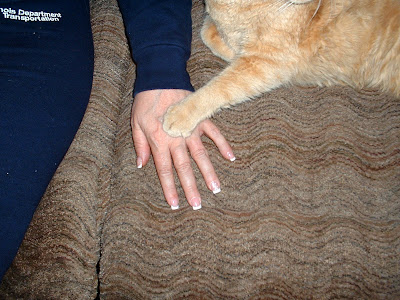 Last night, for the first time ever, Angel jumped up on the couch by himself to be near his mom while she and our mom watched the series finale of "Monk". He has never done this before! Then he was holding her hand because both moms were so sad the series was ending and they were tearing up at times. They were very satisfied how they ended it. Minchie was keeping our mom company on his blankie that was on top of her on the recliner. 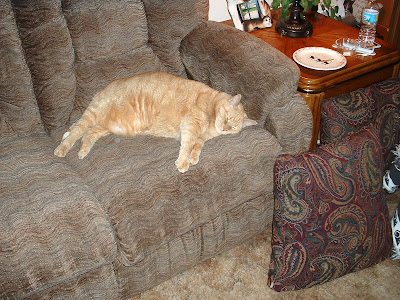 After the show was over, Angel was all worn out. Something else he's never done while staying here!

Posted by Laila and Angel Minchie at 8:21 AM