Whiskers and Purrs are sponsorin’ Fierce Fighter Day today in honor of Felix and all of Those Who Came Before who fought illnesses or any other struggles. We are honoring our three sisters who came before us also known as the Chi Town Trio. 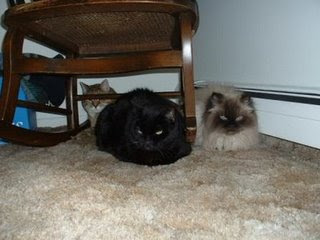 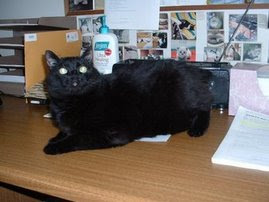 Binky Baby was a FIV kitty. We didn't find this out until she was about 10 years old. Because she was a very passive cat it was not passed along to Lilly and Cerise. She crossed the bridge March 5, 2005 at the age of 13. She was Mom's favorite. 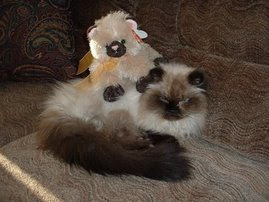 Cerise lived to the ripe old age of 17 1/2. She was known as the vet's "Miracle Kitty" as she was a feline heartworm survivor back when not much was known about it. Then for years she battled kidney disease and crossed the bridge June 18, 2007. Cerise was around when we first started blogging. 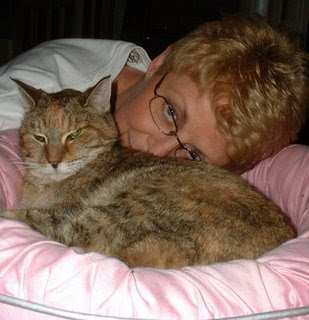 Most of you remember our Lilly. She lived to the ripe old age of 17. Her kidney disease was being kept in control through diet but in the end it took over and she crossed the bridge June 5, 2008.

Now Mom has a new crop of kitties, us, Laila and Minchie. We are the loves of her life and keep her very amused and are a lot of company for her. She still misses the Chi Town Trio so much it hurts as they were with her for so long and helped her get through so much, just like we are now with this horrible economy.

Posted by Laila and Angel Minchie at 8:34 AM