Today's flashback is from February 2009 and titled 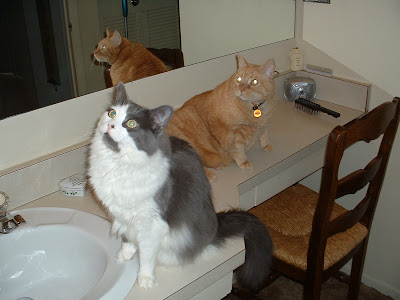 
Last night was the first time Angel ever played THoE (thundering herd of elephants)! He and Minchie were chasing each other all over and Mom was getting such a kick out of watching them. For such a BIG Mancat, that orange boy can really move!
Posted by Laila and Angel Minchie at 7:55 AM